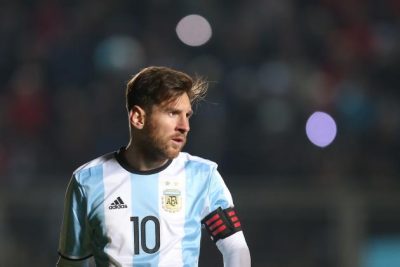 Argentina take on Uruguay at the Estadio Malvinas Argentinas, Mendoza as the hosts aim for their fourth consecutive win in the 2018 FIFA World Cup Qualifiers for the CONBEMOL countries.

This will be the 7th match of the qualifying campaign for the South American football powerhouses. Uruguay sit atop the CONBEMOL table with thirteen points from four wins, courtesy a superior goal difference to Ecuador. Argentina are two points behind on the third position.

Lionel Messi’s announcement of not retiring from international football has brought joy to millions of Argentina supporters across the globe and the Barcelona superstar will be eager to prove himself after the Copa America disappointment earlier this summer.

Eduardo Bauza’s first game in charge of Argentina’s National Football Team will see the new manager come up against one of the in-form squads. Argentina will be without Manchester City’s Sergio Aguero and Paris Saint-Germain’s Javier Pastore as both are sidelined through injuries. Gonzalo Higuain has been rested while the new manager picked Paulo Dybala in the squad, who is likely to make a start against Uruguay.

Oscar Tabarez welcomes back Luis Suarez into the national side after the Barcelona forward missed the summer’s Copa America with an injury. San Lorenzo’s Mathias Corujo and Granada’s Gaston Silva are expected to start for Uruguay. The presence of Christian Stuani and Abel Hernandez in the squad ensures Uruguay will not fall short on the goalscoring front.

According to Head-2-Head statistics, Argentina have won 64% of their matches against Uruguay. In spite of sitting atop the points table, Oscar Tabarez’s men will not start as clear favorites and Argentina are likely to start strongly, especially in light of their heartbreaking loss to Chile in the Copa American finale.

It should be a closely contested affair but a 2-1 win for Argentina is the most likely outcome.