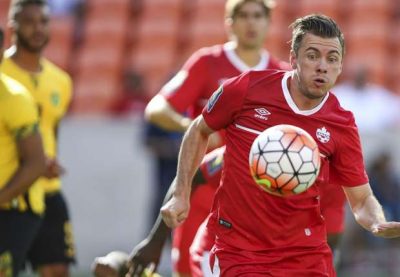 Honduras hosts Canada at Estadio Olimpico Metropolitano, San Pedro Sula on 2nd September, Friday for their penultimate 2018 FIFA World Cup qualifier for the CONCACAF association member countries. Arguably the most crucial World Cup qualifier for either nation, the result of this match will play an important role in deciding which nations make it to Russia in 2018.

With Canada playing El Salvador at home and Honduras travelling to Mexico in their next game, the advantage rests with Canada but a win on Friday will go a long way to securing a World Cup berth for either side.

Both nations are on four points after four games, with Honduras in second position to Canada’s third place due to a superior goal difference. Mexico are the Group A leaders with twelve points. Only the top two teams will progress to the fifth round of qualifiers which are set to begin in November.

“It will be two different games with two different teams in how they play. I think it’s well documented that [Honduras and El Salvador] are slightly different so at home we’ll have a better crowd, but first and foremost, we can’t look at the El Salvador game. We don’t want anything less than three points. We’re here to win this game so that will make life a hell of a lot easier come Tuesday night.”

According to Head-2-Head statistics, Honduras have won 47% and lost only 27% of their matches against Canada played till date. The infamous 8-1 loss at hands of Honduras under identical conditions during the last FIFA World Cup qualifying campaign, which ended their World Cup aspirations, still haunts Canadian footballers and fans and the Canadian squad will like to avoid a similar result.

Honduras are likely to win 2-1 in what should be a closely contested affair.