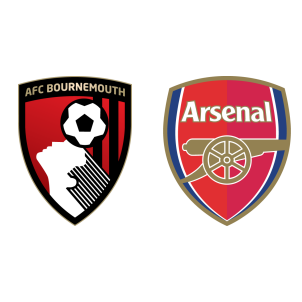 AFC Bournemouth vs Arsenal – Arsenal travel to Dean Court to face AFC Bournemouth for an English Premier League fixture as Arsenal aims to close the gap on Liverpool and Manchester City.

Arsenal are fourth in league standings with forty points courtesy twelve wins – Arsene Wenger’s men have recovered well in their last two matches against West Bromwich Albion and Crystal Palace after two back to back losses against Everton and Manchester City before Christmas.

AFC Bournemouth, ninth in league standings with twenty four points have blown hot and cold with three wins in their last six games. They defeated Swansea in a 3-0 triumph on New Year’s Eve after succumbing to league leaders Chelsea by a similar scoreline in the preceding match.

Lewis Cook and Marc Pugh are sidelined through injuries while Jack Wilshere is ineligible. Arsenal have a lengthy list of absentees with Santi Cazorla, Mathieu Debuchy, Yaya Sanogo, Danny Webeck, Chuba Akpom and Per Mertesacker still recuperating from their respective injuries. Mohamed Elneny is on international duty.

“We’re still in that moment as a team where we haven’t consolidated any consistent run. That’s what we’re looking to do. The players have the ability to respond to disappointments and the ability to produce, individually, some very good performances. So it’s a case of trying to do it on a more consistent basis will be the key for us.”

According to AFC Bournemouth vs Arsenal H2H Stats, Arsenal have won all of the three previous meetings between these two clubs. Arsenal are undefeated in 26 of their last 29 matches in the Premier League and are likely to win 2-0 in this game.