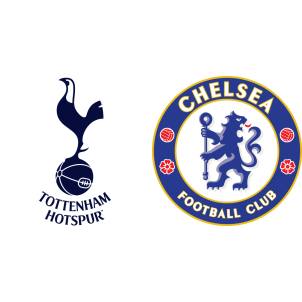 Tottenham Hotspur vs Chelsea – The latest edition of London derby will see Chelsea travel to White Hart Lane on 4th January, Wednesday to take on Tottenham Hotspur in an English Premier League fixture.

Chelsea are chasing a Premier League record of fourteen consecutive wins but Spurs would love to end their amazing streak of form, Mauricio Pochettino’s side having been at their trailblazing best against recent opponents. The fact that Spurs were the only club who could match up to Antonio Conte’s side during this excellent run by Chelsea, in the reverse fixture at the Stamford Bridge would worry the Chelsea manager.

Chelsea’s shaky defensive performance against Stoke City in the 4-2 win was not assuring either, but Antonio Conte’s side are still five points ahead of competition, irrespective of their result as Liverpool dropped points at Sunderland in their last game.

Erik Lamela is a doubt for Tottenham Hotspur while Marcos Alonso and John Terry will be assessed closer to the game.

“Numbers are not important if you do not win the title. The first part of the season was incredible for us but the next half will be very hard for us.”

According to Tottenham Hotpsur vs Chelsea H2H Stats, the last five Premier League matches between these two clubs have resulted in two wins and one defeat for Chelsea, with the other two ending in draws.