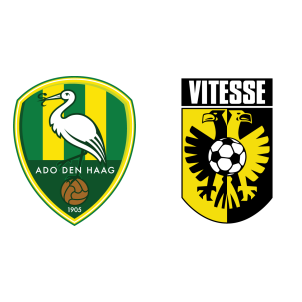 ADO Den Haag vs Vitesse – A mid-table Eredivisie clash between ADO Den Haag and Vitesse is set to happen at the Kyocera Stadium on 3rd February, Friday which could impact the fate of the relegation-threatened clubs of the Dutch League.

ADO Den Haag are fifteenth in league standings with just one win in their last six matches. They have seventeen points after twenty matches and are ahead of PEC Zwolle, who is in the relegation zone, on goal difference only. In fact, the bottom six clubs of the Eredivisie are separated by five points only.

Vitesse are seventh with thirty points and have won four of their previous six matches. While Vitesse won 2-1 against AZ Alkmaar in their last league outing, ADO Den Haag lost 3-0 to Ajax.

Gervane Kastaneer, Mike Havenaar and Kevin Jansen are sidelined through injuries for ADO Den Haag but the visitors have a completely healthy squad to choose from.

“I’m always out like we can beat anyone that always remember you, you should never consider loss; then you radiate no positivity to the selection I have against the players… said that I have a good feeling. We need to pop, it’s for us 5 to 12. of course, you as a team have less, but you have to give everything.”

According to ADO Den Haag vs Vitesse H2H Stats, the last five league matches between these two clubs have resulted in two wins for ADO Den Haag, one win for Vitesse and two draws.

Vitesse are likely to win 2-1 tomorrow.