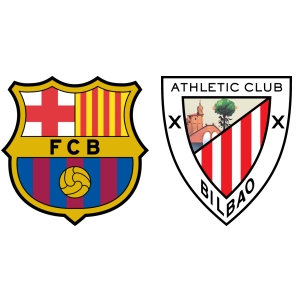 Barcelona vs Athletic Club – Barcelona hosts Athletic Club Bilbao at the El Camp Nou on 4th February, Saturday as they aim to close the gap on league leaders Real Madrid.

Barcelona are second in La Liga standings with forty two points, having played a game more than Real Madrid. Although unbeaten in their last six matches, Barcelona played out a 1-1 draw against Real Betis in their previous game.

Athletic Club Bilbao are seventh in the league with thirty two points, having won 2-1 against Sporting Gijon in their last league fixture after three consecutive draws against Alaves, Leganes and Atletico Madrid.

Andres Iniesta, Sergio Busquets and Lucas Digne have resumed training but neither are likely to start keeping in mind Barcelona’s upcoming stretch of crucial fixtures in all competitions.

The visitors will be without the injured Sabine Merino and Kepa while Eneko Boveda and Elustondo are listed as doubts.

“La Liga is about consistency and it’s not where we have been at our best. We have to stretch ourselves to pick up points, always via our football philosophy.”

According to Barcelona vs Athletic Club H2H Stats, the last five league matches between these two clubs have all resulted in wins for Barcelona. In fact, Athletic Club Bilbao have won only three of their last fifteen matches against Barcelona in all competitions.

While Barcelona are undefeated in their last thirteen La Liga matches, Athletic Club Bilbao have failed to win their previous six away games in the league.

Barcelona are likely to win 2-0 tomorrow.