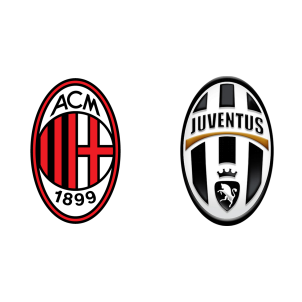 AC Milan vs Juventus – AC Milan hosts Juventus at San Siro on 28th October, Saturday in a Serie A fixture crucial for both sides.

AC Milan are eighth in the league standings with sixteen points and recovered from their four-game winless streak with a 4-1 victory over Chievo in their last game. Juventus are fourth in the standings with twenty-five points, trailing league leaders Napoli by just three points.

Allegri’s side started slowly on the domestic front but have started to perform better in the recent weeks, especially with their 6-2 win over Udinese and 4-1 win over SPAL in the last two matches.

“Juventus-Milan is always a game of great charm and we go to San Siro to play a nice match and take the three points. We’re against a team that comes from an important victory on Wednesday and has quality players. They are a little bit down in the standings, but they’ll challenge for the top four by the end of the season.”

According to AC Milan vs Juventus H2H Stats, Juventus have won two, drawn two and lost one of their previous five matches against AC Milan in all competitions.

It should be a closely contested affair but Juventus are still the favorites and are likely to win 2-0.