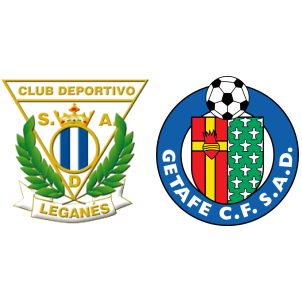 Leganes vs Getafe – Leganes hosts Getafe at the Butarque on 8th September, Friday in a La Liga encounter crucial for the two clubs.

Leganes have made a perfect start to the new season with two wins from their first two games – 1-0 wins against Alaves and Espanyol have placed Asier Garitano’s side third in the league table. Although such a perfect record will be difficult to maintain over the course of the season, Leganes are the favorites this Friday against a struggling Getafe.

Getafe had two immensely difficult fixtures to start their season with – a goalless draw at Athletic Bilbao was followed by a 1-0 loss against Sevilla at home. They hit the road again in search of their first points of the season.

Jon Serantes is ineligible for the home side while Dimitrios Siovas is listed as a doubt. The visitors will be without the injured Karim Yoda and Daniel Pacheco.

“I’m here defending the colors of this club, I’ve received a lot of affection, I was not expecting that adoration from the fans and I hope to return it with work and goals. It’s going to be a very nice game, we’ll give it everything so that we can have the victory at home.”

According to Leganes vs Getafe H2H Stats, Leganes have won three, lost one and drawn one of their previous five encounters with Getafe.

Getafe have failed to win eighteen of their last twenty matches in the La Liga, while Leganes are undefeated in their previous five league matches, dating back to last season.

A 1-0 win for Leganes is the most likely result.