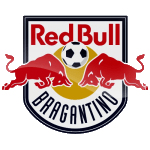 RB Bragantino U23 have played a total of 7 matches in Brazil Brasileiro De Aspirantes. Their current statistics is 4 win, 2 draw and 2 lose.

RB Bragantino U23 did not lose their last three matches in the competition.

The overall results is shown by default. You can also analyze RB Bragantino U23 results for their home or away matches in Brasileiro De Aspirantes 2021.

The graph shows the performance and results of RB Bragantino U23 in Brasileiro De Aspirantes.

Statistics & Analysis of RB Bragantino U23

RB Bragantino U23 are in the 3rd position of Brasileiro De Aspirantes and they are in contention for Next Round.