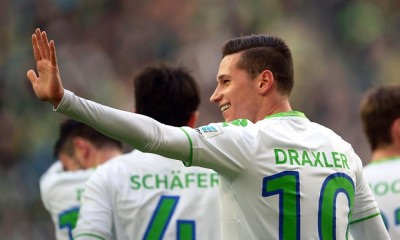 Wolfsburg hosts Gent at the Volkswagen Arena on 8th March, Tuesday for the return leg of their Round of 16 encounter in the UEFA Champions League. Wolfsburg won 3-2 during the first leg in Belgium surprising many football fans – for the German club’s domestic form has been far from optimistic.

Gent, almost secured a comeback during the first leg but have an uphill task tomorrow as they conceded three away goals to Wolfsburg and will have to perform exceedingly well in difficult condition.

Sebastian Jung, Bas Dost, Naldo and Paul Seguin are sidelined through injuries while Diego Benaglio and Nicklas Bendtner are listed as doubts. The visitors will be without Hannes Van Der Bruggen, Peter Olayinka and Gustav Wikheim all of whom are injured.

According to Head-2-Head statistics, the only previous meeting between these two clubs came during the first leg last month,which Wolfsburg won. While Wolfsburg have won their last three UEFA Champions League matches, Gent have not won in four of their previous five away matches in all competitions.

With Wolfsburg struggling to find form in their domestic campaign, demonstrated by only two wins in the last five home matches, Gent have an outside chance of reaching the next stage of Europe’s premier competition. However, a 2-1 win in favor of tomorrow’s hosts, which sends them through to the next round, is the most probable result.