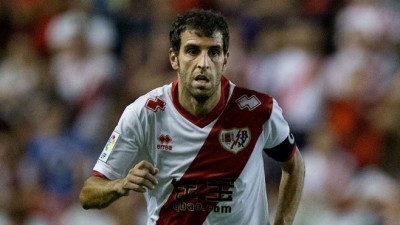 Espanyol hosts Rayo Vallecano at Cornella El-Prat on 7th March, Monday in a La Liga fixture which could play a crucial role in deciding the closely fought relegation battle in the Spanish top division. With both teams lurking close to the danger zone, a win for either side would provide hope to the supporting fanbase and much needed momentum going into the final phase of the season.

Espanyol are on the fifteenth position in league standings with twenty eight points from their eight wins. Rayo Vallecano are on the seventeenth position with only six wins so far in their domestic campaign. Both sides lost their previous league fixture – Espanyol lost 3-0 at home to Real Betis while Rayo Vallecano were comprehensively beaten by Barcelona in a 5-1 defeat.

Anatiz Arbilla and Mamadou Sylla are injured for the hosts while Jose Canas is doubtful. Rayo Vallecano have a lengthy list of absentees with David Cobeno, Patrick Ebert, Razvan Rat, Tono, Miku and Pablo Hernandez sidelined through injuries. Manuel Iturre and Diego Llorente will sit out with suspensions after picking up straight red cards against Barcelona.

According to Head-2-Head statistics, the previous six encounters between these two clubs have resulted in two wins, two losses and two draws for either side. Rayo Vallecano have drawn their last four away games in La Liga, conceding a minimum of two goals in those matches.

“The team is fine. We quickly forget all the good and bad that happens. We need to continue demonstrating the good run of results, game and feelings, but also statistics. There is a statistic that says we are the team that runs the second round. that must not lose, is work, attitude and what people demands. I am very pleased about that because from there you build the rest. Now comes a series of matches which will decide the season.”