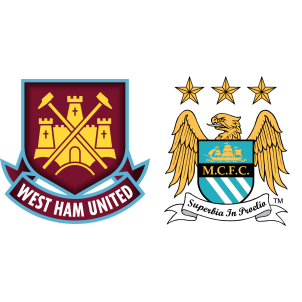 Manchester City’s recent form has been sketchy at best – although they recovered from their consecutive losses against Chelsea and Leicester City in the Premier League, their recent loss to Liverpool and even the win over Burnley indicated Pep Guardiola’s side have their work cut out.

West Ham United lost to City’s local rivals Manchester United in their last game but have been handed a lifeline with Sofian Feghouli’s red card getting rescinded ahead of the game.

Arthur Masuaku, Diafra Sakho, Alvaro Arbeloa, Gokhan Tore, Reece Oxford, Sam Byram and James Collins will miss out for West Ham due to a lack of fitness but Mark Noble is likely to return to matchday squad. Cheikhou Kouyate is on international duty.

Ilkay Gundogan and Vincent Kompany are sidelined through injuries for Manchester City who will also be without the suspended Fernandinho, after the midfielder was handed a four-game ban for picking up his second red card of the season against Burnley. Fabian Delph is yet to regain match fitness but Leroy Sane will be assessed closer to the game.

“They [City] had a brilliant start to the season and then they slowed down a little bit. This is a big game for us and big game for them, it is the FA Cup and it is big for the fans. They will put out a very strong team because it is a big chance for them to get a trophy.”

According to West Ham United vs Manchester City H2H Stats, the last five matches between these two clubs resulted in two wins for either side and a draw. Manchester City have scored at least two goals in 8 of their last 10 matches against West Ham in all competitions.

A 2-1 win for Manchester City is the most probable outcome.