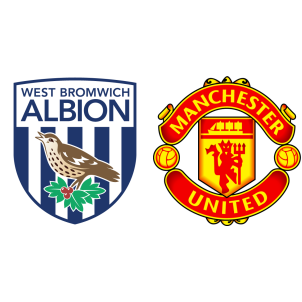 Manchester United are second in league standings with thirty-eight points and bounced back from their loss against Manchester City with a 1-0 win over AFC Bournemouth in the midweek. Although Pep Guardiola’s side are the favorites for the title, Manchester United will be eager to keep winning.

West Bromwich Albion are eighteenth in the standings with fourteen points and would be confident after holding Liverpool to a goalless draw at Anfield in the midweek.

James Morrison and Craig Dawson are injured for the Baggies while Manchester United will be without the injured Michael Carrick and Eric Bailly and the suspended Paul Pogba.

“They (West Brom) have lots of experienced, physical players with Premier League know-how. Their squad is good and their stadium is enthusiastic. The match will be difficult.”

West Bromwich Albion have failed to win any of their last 15 matches in the Premier League and will be the underdogs tomorrow. Moreover, Manchester United have scored at least 2 goals in nine of their last ten away matches against West Brom in all competitions, remaining unbeaten in all those encounters.

It should be a comfortable win for Manchester United with a 2-0 win being the most probable outcome.