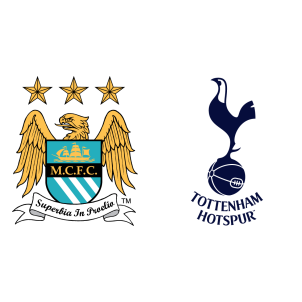 Manchester City sit atop the English Premier League standings with forty-nine points while Tottenham Hotspur are fourth with thirty-one points.

Pep Guardiola’s side won 4-0 over Swansea City in midweek. Spurs recovered from their stumble in October and November with two consecutive wins against Stoke City and Brighton & Hove Albion in their last two games.

Benjamin Mendy, Vincent Kompany and John Stones are sidelined through injuries for Manchester City while Tottenham Hotspur will be without the suspended Davinson Sanchez and the injured Toby Alderweireld and Victor Wanyama.

According to Manchester City vs Tottenham Hotspur H2H Stats, Manchester City have lost three, drawn one and won only one of their previous five matches against Tottenham Hotspur. However, Pep Guardiola’s side come into this game on the back of fifteen consecutive wins and have all but clinched the Premier League title by opening up a considerable lead at the top of the table.

Manchester City have scored at least 2 goals in their last ten matches in the Premier League, and there have been over 2.5 goals in 11 of Manchester City’s last 13 matches against Tottenham in all competitions, so it should be a high-scoring affair.