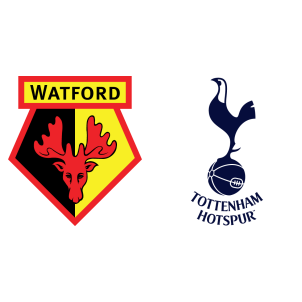 Tottenham Hotspur are seventh in the league standings with twenty-four points while Watford are eighth with twenty-one points.

Tottenham have slowed down from their winning streak, failing to win four of their previous five games. Their loss to Leicester City in the midweek was preceded by a draw against West Bromwich Albion and a loss to Arsenal.

Watford have exceeded expectations but fell to a 4-2 loss to Manchester United in their last game – just two wins in their last six games isn’t good news for the Hornets who will be eager to put up a better showing this weekend.

Tommie Hoban, Craig Cathcart, Nathaniel Chalobah, Isaac Success and Will Hughes are sidelined through injuries while Younes Kaboul will face a late fitness test. Tottenham Hotspur will be without the injured Victor Wanyama and Toby Alderweireld.

In fact, Watford have not won any of their previous twelve games against Tottenham Hotspur in all competitions. However, Tottenham have lost their last three away games in the league and will be eager to get their league campaign back on track.

Watford have scored at least 2 goals in eight of their last nine matches in the Premier League. It should be a closely contested affair but a 2-1 win for Tottenham Hotspur is the most likely outcome.