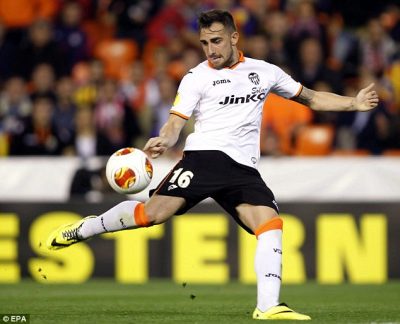 Valencia hosts Las Palmas in their inaugural match of the 2016/17 La Liga season at the Mestalla Stadium on 21st August, Sunday. Valencia finished on the twelfth position in the La Liga standings last season on 44 points, behind the eleventh-placed Las Palmas who were ahead on goal difference only.

This season both clubs would like to break out of the mid-table conundrum and finish in the top half of the league. With an easy run of fixtures in the first few weeks, both clubs will look to gain some momentum by winning the matches.

Nani and Rodrigo are suspended for Valencia while Guilherme Siqueira has been listed as a doubt. Alvaro Medran is set to start in midfield after a good pre-season, alongside the controversial figure of Dani Parejo.

Las Palmas will be without the injured Javi Castellano and Hernan and the suspended Mauricio Lemos. Sergio Araujo has been listed as a doubt and will face a late fitness test. If not deemed fit before the start of the game, Marko Livaja is likely to replace him.