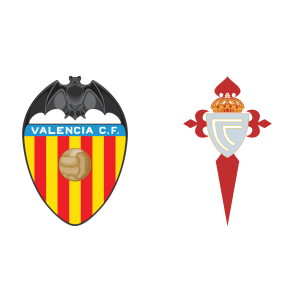 Valencia are thirteenth in league standings with thirty three points while Celta Vigo are tenth with forty one points. Valencia won 3-0 against Deportivo La Coruna in their last game after a three match winless streak.

Celta Vigo are coming off back-to-back wins when they defeated Deportivo La Coruna 1-0 and Las Palmas 3-1 after a poor stretch of form in the preceding four games.

Martin Montoya is suspended while Rodrigo Moreno, Nani and Jose Gaya are injured. The visitors will be without the injured Marcelo Diaz, John Guidetti and Carles Planas.

“I know Celta well. I’ve played against them and every one of their players has a lot of quality. Our results against them haven’t been in our favour this season, but I think we have a good opportunity to make amends for those results.

We will have to be intense from the first minute, because we saw what happened in the cup game. I think it’s going to be important to concentrate and go out there focused, right from the beginning.”

According to Valencia vs Celta Vigo H2H Stats, Valencia have lost four and won only one of their previous five league fixtures against Celta Vigo.

Although Valencia are undefeated in their last five home matches in the La Liga, Celta Vigo have scored at least 2 goals in their last 4 matches against Valencia in all competitions.

A 2-2 draw is the most likely outcome of this game.