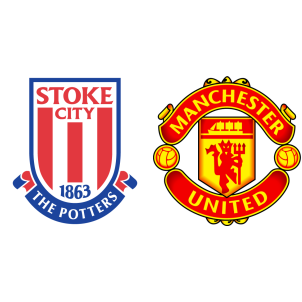 Stoke City are eleventh in the league standings with four points after three games – they began their season with a loss at Everton and followed it up with a win against Arsenal, after which they played out a 1-1 draw against West Bromwich Albion.

Manchester United sit atop the English Premier League table with a perfect record – nine points from their first three games against West Ham United, Swansea City and Leicester City, having scored ten goals and conceding none.

Julien Ngoy, Stephen Ireland, Ibrahim Afellay and Ryan Shawcross are sidelined through injuries. Manchester United will be without Marcos Rojo, Zlatan Ibrahimovic, Ashley Young and Luke Shaw all of whom are yet to regain their match fitness.

“Of all the teams they are clearly at the top of the pile. Their performances and the way they’ve gone about their business has been impressive.

But the make-up of the Manchester United squad is very strong and they’re playing in a way that their fans will take to and enjoy. Hopefully there are still things for us to exploit.”

According to Stoke City vs Manchester United H2H Stats, the last five games between these two clubs resulted in three draws and one win for either club.

Manchester United are undefeated in 17 of their last 19 matches against Stoke in all competitions. Jose Mourinho’s side are the favorites for the league title this season and are likely to win 2-0 tonight.