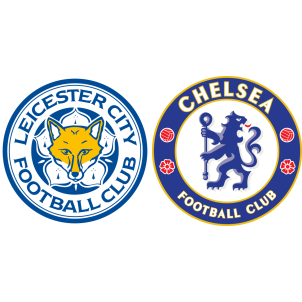 Leicester City are placed fifteenth in the league table with two losses in their first three matches – to Arsenal and Manchester United, their only win coming at home to Brighton.

Chelsea began their campaign with a shocking 3-2 defeat at the hands of Burnley, but have since registered victories over Tottenham Hotspur and Everton.

Vicente Iborra and Robert Huth are listed as doubts while Adrien Silva’s signing did not go through before the deadline closed. Chelsea will be with the suspended Gary Cahill but Eden Hazard is expected to feature in the matchday squad having made a full recovery.

“I spoke with Roberto [Martinez, Belgium manager] and we tried the right way to improve his [Eden Hazard’s] fitness. I was very happy for him to play against Gibraltar and 30 minutes against Greece. I totally agreed with him.

Now he is available, he is in the list for the squad. He is improving a lot, he is working very strong to be ready. Now I can count on him. I have to decide the right minutes, but he is available now.”

According to Leicester City vs Chelsea H2H Stats, Chelsea have won two, drawn two and lost one of their previous five matches against Leicester City in all competitions.

Leicester have seen over 2.5 goals in their last eight home matches against Chelsea in all competitions and a 2-0 win for Chelsea is the most likely outcome.