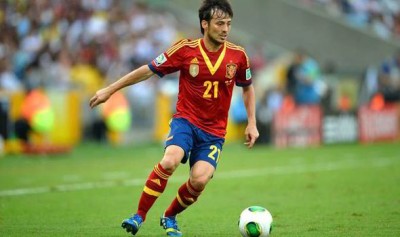 Spain faces Czech Republic at Stadia de Toulouse on 13th June, Monday in their inaugural Group D fixture of the 2016 European Championship. The defending champions will look to improve on their dismal performance from the 2014 FIFA World Cup.

With most of the major European nations in a transitional phase at the international level, Spain have a realistic chance of going all the way into the finals and a semi-final appearance is the minimum expectations from Vincent Del Bosque’s side.

The 1976 UEFA Euro winners, Czech Republic on the other hand will look to qualify from a comparatively easy Group D.

Alvaro Morata is doubtful with a hamstring strain while David de Gea might not be fielded due to his involvement with an alleged sexual assault case. Iker Casillas is likely to start instead. Czech Republic have a completely healthy squad to choose from.

“Winning the first game is important and from there we can grow as a team and our confidence will increase.”

“We will all have to work hard defensively, including our attacking players. If we will be too far away from each other and allow Spain to get clear cuts in our defence, it will be deadly. They can capitalise on every single wrong-footed movement, every single step in a wrong direction.”

There have been over 2.5 goals scored in eight of Czech Republic’s last ten matches in the EURO Cup and tomorrow’s fixture is expected to be a highly scoring affair as well. Spain are one of the tournament favorites, likely to win their opening game by a 3-0 scoreline.