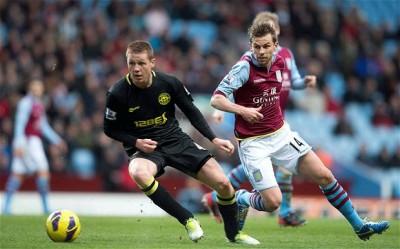 Southampton, who spent a significant amount of the 2014/15 Premier League season battling for top four, will host Aston Villa who have all but secured another season of top flight stay after successfully navigating through the relegation zone and stepping up their performances, courtesy Tim Sherwood.

Ronald Koeman’s side has a lot of injury concerns. Jay Rodriguez, Emmanuel Mayuka, Fraser Forster, Dusan Tadic and Morgan Schneiderlin will all miss the game through injury. James Ward-Prowse will return from suspension. For the visitors, Chris Herd, Nathan Baker and Ciaran Clark are the confirmed absentees. Libor Kozak is yet to regain match fitness and might not feature in the matchday squad.

Kelvin Davis may start ahead of Paulo Gazzaniga in the goal for Southampton, after the latter had a particularly poor showing against Leicester City last week. Pelle will start up front while Sadio Mane, James Ward-Prowse, Filip Djuricic form the attacking band of midfielders in the Saints’ 4-2-3-1. Harrison Reed and Victor Wanyama will be tasked with shielding the defense, which will be comprised of Ryan Bertrand and Nathaniel Clyne as fullbacks and Jose Fonte and Toby Alderweireld in the centre.

Sherwood have got the Villains playing in a 4-3-2-1 with Gabriel Agbonlahor and Jack Grealish supporting Christian Benteke in the attack. Tom Cleverley, Fabian Delph and Ashley Westwood will be the trio in the middle of the park while James Okore and Ron Vlaar start in defense.

With Southampton already entering their holiday mood and Aston Villa being one of the form teams of the league at the moment, the match is expected to end in a 2-2 stalemate.