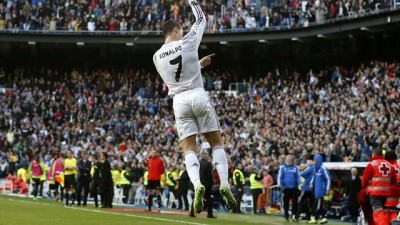 Real Madrid will travel to Ukraine to face Shakhtar Donetsk in a group A encounter of the UEFA Champions League on Matchday Five (25th November, Wednesday). Real Madrid are on top of the table with 10 points, followed by Paris Saint-Germain on seven points. Shakhtar Donetsk are on three points, ahead of Malmo FF only courtesy their superior goal difference.

Real Madrid’s qualification is crucial for Shakhtar, but they also need a positive result against the Madridistas at home as Paris Saint-Germain have a relatively winnable fixture against Malmo on Wednesday.

Olexandr Kucher and Darijo Srna are suspended for the home side, while Maksym Malishev is a doubt for the game and will face a late fitness test. Marcelo (adductor muscle injury), Sergio Ramos (shoulder) and Abner have not travelled to Ukraine with the squad, already ruled out of the fixture.

“The players of Real Madrid are masters of their craft. They know how to handle the ball. Everything will depend on the development of the game. Los Merengues have begun to play more defensively. Previously, they focused solely on attacking, while under the current mentor [Benitez] they drop deep and play on the counter more frequently.

Playing away, we lost to Real Madrid. But this time our fans will come to the stadium. We have to play our game and then act based on the score. Personally, I do not feel any pressure.”

“Rather than analysing the game, which of course we will do, what matters most now is lifting the group’s spirits quickly and getting everyone to see the importance of the upcoming fixtures. We also have a duty to the fans to get three points in our next match.”

According to Head-2-Head statistics, there have been only one encounter between both these sides in the UEFA Champions League so far, earlier this season, which resulted in a win for the Spanish side.

Rafael Benitez has come under pressure off late and would demand from his side to put up a better showing than the weekend, especially after the club’s public backing yesterday. Real Madrid are likely to win, with 3-2 being the most probable scoreline.