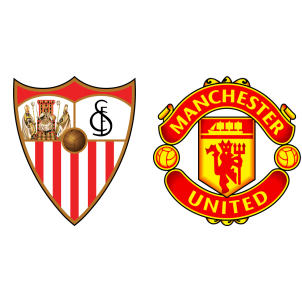 Sevilla finished second in Group E, behind Liverpool, with nine points and now have a difficult tie against Manchester United, who finished top of Group A with fifteen points.

Manchester United have struggled to kill off games since the turn of the new year, but are clear favorites tonight. The English club is placed second in the domestic league standings while Sevilla are fifth in the La Liga and are currently unlikely to qualify for next season’s UEFA Champions League.

Miguel Layun is ineligible while Sebastian Corchea, Simon Kjaer and Joaquin Correa are likely to miss out due to injuries. Manchester United will be without the injured Marouane Fellaini but Paul Pogba, Zlatan Ibrahimovic and Marcus Rashford will return to the matchday squad after missing the weekend game against Huddersfield Town.

“I normally say that Champions League dreams, they start around the quarter-finals and not yet. The last 16 still looks a long way to go. At the moment, we have to focus on a very difficult moment.”

According to Sevilla vs Manchester United H2H Stats, the only previous meeting between these two clubs came in a friendly which Sevilla won 3-1. Manchester United have won 5 of their last 6 matches in the UEFA Champions League, and are the favorites tonight.

A 2-1 win for Manchester United is the most probable outcome tonight.