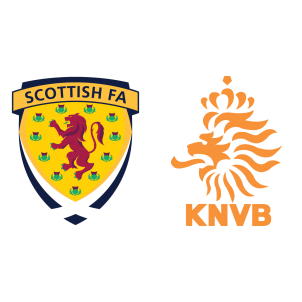 Both Scotland and Netherlands failed to qualify for the 2018 FIFA World Cup – a regular scenario for Scottish fans but a shocking one for the Dutch ones.

Netherlands’ failure to qualify for two consecutive major international tournaments has raised questions not only about the Dutch FA and its setup, but also regarding the quality of players coming through the ranks.

Scotland will be without Leigh Griffiths and Darren Fletcher, both of whom are carrying injuries. The latter picked up a knock during Celtic’s last match and will be a crucial miss. Leigh Griffiths’ hamstring injury has left Malkie McKay short of striker options.

Netherlands are in the process of rebuilding for the 2020 European Championship and could field a number of new faces.

According to Scotland vs Netherlands H2H Stats, Netherlands have won three, drawn one and lost one of their previous five matches against Scotland.

While Scotland are unbeaten in their last seven international matches, Netherlands are undefeated six of their previous seven games as well, there only defeat coming to France in a 4-0 scoreline.

Scotland’s McKay is only the interim manager, but a string of impressive results could help him keep the job on a permanent basis. Netherlands too have a lot on the line as they try to find a new core following a disappointing few years.

It should be a closely contested affair but Netherlands are likely to win 2-1.