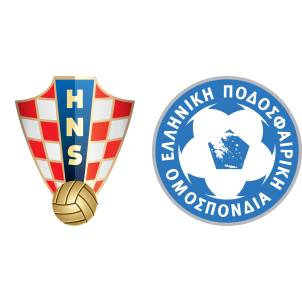 Croatia vs Greece – Croatia hosts Greece at Stadion Maksimir, Zagreb on 9th November, Thursday in the second round of the 2018 FIFA World Cup Qualifiers.

Croatia came second in Group I of the FIFA World Cup qualifiers for the UEFA nations while Iceland qualified automatically. Greece, the runners-up of Group H, behind a fantastic Belgium.

The second round of the FIFA World Cup qualifiers will see the second-placed teams face each other in a series of knockout matches.

Dejan Lovren is yet to be completely fit, but might start nonetheless after the Croat got some minutes under his belt during Liverpool’s last Premier League outing. Marcelo Brozovic, who has sparingly played in the last few weeks for his club, is also likely to start.

Greece have a few injury concerns but will field a settled starting eleven.

According to Croatia vs Greece H2H Stats, Croatia have lost two, drawn two and won only one of their previous five matches against Greece.

Although Greece are undefeated in twelve of their last thirteen FIFA World Cup matches (including qualifiers), Croatia are unbeaten in home games since October 2013. There have been under 2.5 goals scored in Croatia’s last eight FIFA World Cup qualifiers, with the Croats keeping clean sheets in their previous four games.

Greece, on the other hand, are unbeaten in their last seven away matches and have won five of those matches. Although Croatia have a much stronger side on paper, it should be a closely contested affair.

A 1-0 win for Croatia is the most probable outcome.