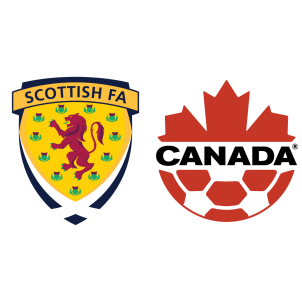 Scotland vs Canada – Scotland hosts Canada at Easter Road in an international friendly on 22nd March, Wednesday as both nations aim to regroup before the qualifiers for international competitions.

Canada are trying to recover from their demoralizing FIFA 2018 World Cup qualifying campaign when they finished third behind Mexico and Honduras in the CONCACAF qualifiers. This will be the first game-in-charge for new Canada manager Octavio Zambrano who is renowned for his previous MLS stint.

Scotland, on the other hand, will be taking the field for the first time since their 3-0 defeat to England in November which relegated them to the third position in their World Cup qualifying group. This friendly serves as a crucial dress-rehearsal before their home game against Slovenia on Sunday.

“To convince the Canadian player that he is second to none. That he is as good as any Mexican kid, any Honduran kid; that he can step on the field and face them in equal terms. Once a player convinces himself of that, the rest will come. [Now], before we step on the field we already have this inferiority complex. We have to kill that, get rid of it.”

According to Scotland vs Canada H2H Stats, the only previous match between these two countries, back in October 2002, ended in a 3-1 win for Scotland. Both these nations are in a poor stretch of form having lost their respective two previous fixtures.