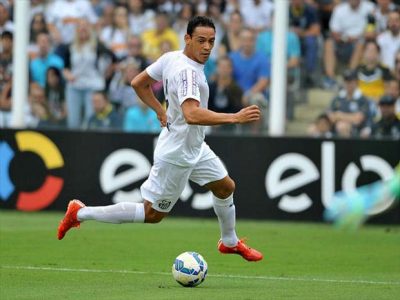 Santos FC vs Vitoria – Santos hosts Vitoria at Estádio Urbano Caldeira on 17th November, Thursday in a crucial Brasileirao Serie A fixture. With league leaders Palmeiras playing the fourth-placed Atletico MG on the same day, Santos could close the gap on Palmeiras if they manage to defeat Vitoria.

Santos are second in the league standings with sixty four points while Palmeiras have seventy points. Vitoria are on the sixteenth position with thirty nine points, one point above the relegation zone.

Santos are unbeaten in their last six matches, of which they won five while Vitoria managed a 3-2 win over Atletico PR to break a five game winless streak.

According to Santos FC vs Vitoria H2H stats, the last five matches between these two clubs have resulted in four wins for Santos and only one win for Vitoria. In fact, Santos FC are undefeated in their last nine home matches against Vitoria in all competitions.

Santos FC have won twenty six of their last thirty one home matches in the Brasileirão. Vitoria, on the other hand, have won only two of their previous eleven away games in the league.

In five of their last six Brasileirao Serie A matches, Santos FC have won by a solitary goal margin. Although injuries have plagued the home side, Santos are the favorites tomorrow.

Santos FC are likely to win against Vitoria by a 2-1 scoreline.