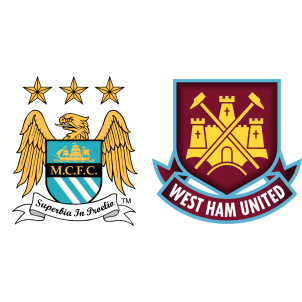 Manchester City have taken a considerable lead at the top of the English Premier League standings. With their win through a stoppage time goal from Raheem Sterling against Southampton, Manchester City now have forty points.

West Ham United are entrenched in the relegation zone and are placed eighteenth with just ten points, having lost four of their last six games. Their previous game against Everton resulted in a 4-0 loss.

Benjamin Mendy and John Stones are sidelined through injuries for Manchester City while the visitors will be without the ineligible Joe Hart and the injured Sam Byram, Chicharito and Jose Fonte.

In fact, Manchester City have won eight of their last nine home matches against West Ham United in all competitions. Also, the league leaders have kept three clean sheets in their last three games against the London club.

Pep Guardiola came under the scanner for his reaction to Southampton’s tactics in the midweek, but his side will be expected to win comfortably on Sunday.

West Ham United have really struggled to get going so far in the league and this seems yet another difficult away trip for the Hammers.