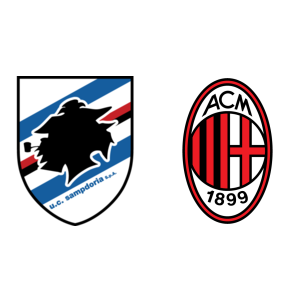 AC Milan are fifth in the Serie A standings, with twelve points, having played a game lesser than league leaders Napoli who are on eighteen points. AC Milan have won their last two games on the trot, against Udinese and SPAL, thereby bouncing back from their 4-1 defeat at the hands of Lazio.

Sampdoria are eighth in the league standings having won two and drawn two of their first four games – their last two matches against Torino and Verona resulted in draws and welcoming an in-form AC Milan pose a tough challenge for Marco Giampolo’s side.

Sampdoria do not have any injury or suspension concerns but AC Milan will be without the injured Andrea Conti, Luca Antonelli and Riccardo Montolivo.

“We need to raise our level, all our coming games will be extremely complicated. Like me, the squad is highly motivated, the boys are pleased with our position in the league. We wished for such a start, now we have to continue the hard work towards our future.”

AC Milan have kept a clean sheet in 5 of their last 6 away matches against Sampdoria in all competitions. AC Milan are the favorites today and are likely to win 2-0.