Russia vs Croatia: The Wild Cards

← Brazil vs Belgium: Individual Brilliance vs Team Effort
Sweden vs England: Will Patience Pay Off? → 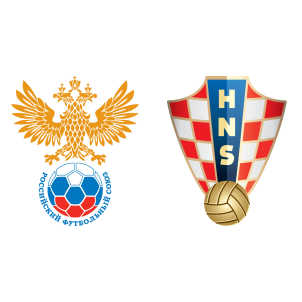 This match may come as a surprise to many football fans as Russia was the last team to expect to progress to this stage. Here we are with a Russia vs Croatia quarter finals match up. These two teams have gradually built momentum up to this point of the competition but both have felt the pressure of the knockout phase of the tournament. These two teams both qualified through penalty shootouts and they have their goalkeepers to thank for this opportunity. Russia have had home ground advantage in each match and they need it now more than ever to progress to the semis but this fete will not be easy to achieve. Croatia on the other hand should be alert of the danger Russia poses to their plans on advancing to the next stage of the competition.

The two teams will be meeting for the fourth time tomorrow, the previous three meetings have ended in two draws and one win for Croatia. The one time Croatia won, they came into the second half a goal down and they scored three goals to win the match. This will be one of the things to look out for as Croatia’s last 10 goals in the World Cup tournaments they played in have come in the second half of the match. They tend to to have lulled first half and come to life in the second half playing some tactical offensive football.

Russia started the tournament on a high winning in emphatic fashion against Saudi Arabia and Egypt but this goal frenzy immediately dried out as they came to their last match of the group stage and the last two matches. It seems as though Russia’s strategy is to play offensively against lower ranked teams and play defensively against the tougher teams. This strategy has carried them through to this point but they should at least have an offensive plan for this match to give them a chance to score as they have proven before if they press constantly they are bound to get a goal.

Russia vs Croatia will be a game of patience and converting the opportunities that arise for they will be far and in between. To win both teams will have to take a risk to avoid the pressure of rallying from behind or a penalty shootout. Both teams have gone to that stage of play and both have come out victorious but i bet that either of them would rather the match be decided within the 90 minutes run of play.