← Uruguay vs France: Three Games to Glory
Russia vs Croatia: The Wild Cards → 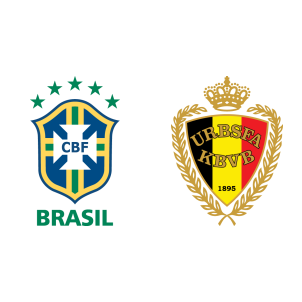 Brazil vs Belgium will be the second game of the quarter finals and it will be an exciting match up. Both teams bring something different to the table and we can anticipate an entertaining match when these two teams clash in the Kazan Arena. Brazil are not in an unfamiliar territory as they have reached this stage of the competition 7 consecutive times. This proves their experience in this tournament, furthermore they have already won the World Cup 5 times before and they are gunning for a sixth. Belgium are coming into this game as underdogs, compared to Brazil’s record in this tournament Belgium are obviously not being favored by the bookmakers. Belgium have reached the quarter finals for the second consecutive time but that is as much as they have achieved in the World Cup competition.

The 2018 World Cup has served us with surprises that we ourselves could not imagine, Russia being a great example and Brazil vs Belgium may be another one setting up. Belgium have a fair shot at this game if they focus on executing their game plan to the tee. If they focus on the superstar qualities of the Brazil team they will definitely give this match away. Belgium qualified through the group stage of the tournament by winning all their matches and came from behind to steal the victory from Japan in their knockout match. They have displayed their ability to score different types of goals and this will be an advantage going into this match. They have tall bulky strikers who can convert from the air and from the ground. They also have Kevin de Bruyne, Eden Hazard and Thomas Meunier who can deliver sublime passes and crosses to their striker. Belgium may be headed into this match as the underdogs but Brazil should not allow this mentality to lead them astray.

Brazil are the tournament favorites and thus everybody will be expecting a superior showing from them. If there is a match that they can prove that they are the favorites then this is the one, against a team that can give them all sorts of problems from the get go. Brazil have won the World Cup competition 5 times before and they are looking to add another one in their trophy cabinet by end of this tournament. They have played Belgium 4 times before and they beat them thrice, and one of those times was in the 2002 World Cup knockout stage where they won 2-0. Brazil have superstars in their line up, both the starting XI and the reserve players; Neymar Jr., Coutinho, Marcelo, Willian and the likes will be showcasing their intent to proceed in the tournament. With such start quality it is very easy to see why they are the favorites and they are yet to really display their brilliance in the tournament to the full extent.

Brazil vs Belgium will be a fire cracker, i predict it will be a high scoring affair both teams having a go at each other. One this is for sure though, this game will have us at the edge of our sits until the final whistle is blown.