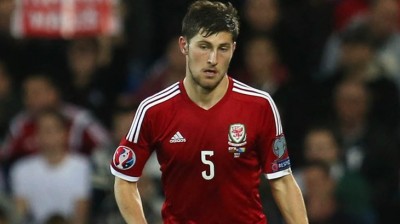 Ukraine hosts Wales at Kiev on NSK Olimpijs’kyj in an international friendly which doubles up as the penultimate warm-up match for the 2016 EURO. It is a crucial match for both sides as the managers have talked about taking a look at the fringe players ahead of the European championship in summer.

Mykhaylo Fomenko’s side get their Euro 2016 campaign underway against Germany on June 12, before games against Northern Ireland (June 16) and Poland (June 21) in Group C. Wales face Sweden in their final warm-up game on 5th June before heading out to France ahead of their Euro 2016 opener against Slovakia in Group B.

Wales will be without Gareth Bale, Aaron Ramsey James Collins, Andy King and David Edwards due to fatigue, injuries and illness. Tom Bradshaw is likely to make his debut and Coleman spoke about fielding the younger players in his pre-match press conference.

Ukraine, whose coaching staff welcomed Andriy Shevchenko last month, will be looking at Taras Stepanenko for goals from the midfield while the defensive organization will be stressed upon as well.

According to Head-2-Head statistics, Wales and Ukraine have played only two games till date – both of which ended in draws. Ukraine are likely to win tomorrow 1-0 courtesy their home advantage.

“There are a couple of places up for grabs. In the main I kind of know, but football likes to spring a surprise — and who is to say there will not be one with us? There could be an injury and we may need to call someone in. That is why these games are important, because the new faces can show what they have got and who is ready for it.”