Roma vs Sampdoria – Serie A – Preview 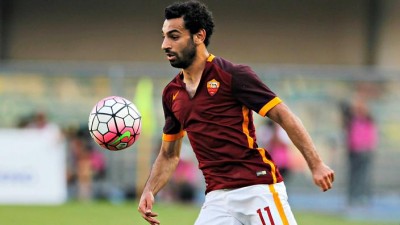 Roma vs Sampdoria – AS Roma takes on Sampdoria at Stadio Olimpico, Rome on 11th September, Sunday as they build a titular challenge for the Serie A after the first international break of the season. AS Roma finished third in the Serie A last season behind Juventus and Napoli.

Sampdoria on the other hand, survived relegation by two points only, finishing fifteenth in top division. Both clubs are still unbeaten, Sampdoria winning their first two fixtures while Roma drew 2-2 against Cagliari after winning their inaugural match of the season.

Antonio Rudiger and Mario Rui are sidelined through injuries while Sampdoria have a completely healthy squad to choose from.

“We’ve lost our way a touch in terms of shape. We’re not as tight as a unit as we once were. Closing down the space between the lines is crucial and we still have some way to go on that. We’ll assess what we’ve done thus far this season and compare it to what we managed last term.

What matters now is getting our shape right as a team. We must be tighter, more compact and show greater consistency in what we want to do as a unit.”

According to Roma vs Sampdoria H2H statistics, the previous six matches between these two clubs resulted in three wins and two losses for AS Roma. The Rome-based side are undefeated in their last nineteen Serie A games.

While Roma have scored at least two goals in each of their last five Serie A matches, there have been under 2.5 goals scored in five of Sampdoria’s last six away games in the league. AS Roma are likely to win 2-1.