Republic of Ireland vs Bosnia and Herzegovina – Match Preview 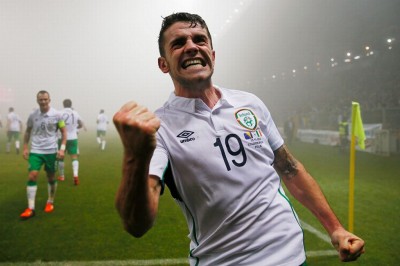 Republic of Ireland take on Bosnia and Herzegovina at Dublin in the return leg of their UEFA EURO qualification play-off on Monday, 16th November, 2015. The first leg ended in a 1-1 draw. Martin O’Neil’s side was minutes away from a 1-0 win over Bosnia and Herzegovina when Edin Dzeko scored the equalizer to keep things interesting for the second leg.

The Republic of Ireland had to battle thick fog, which almost hampered both team’s chances, but the performance from either side was not exceptional by any means. Martin O’Neil is hopeful that he will be able to field Shane Long for the crucial fixture, with the centre forward still struggling to regain match fitness after a knee injury. Long will face a late fitness test and may be very well be a part of the substitute’s bench, if he cannot start. John O’Shea and Jon Walters return from suspension.

“It is a good result away from home. We will take it back for Monday and put in a better performance and push ourselves through.
It is not a bad result, but we could have prevented the goal and held out the last 10 minutes. We will give it our all. We know they have got a few players that can hurt us, so we need to keep a few players quiet on Monday and up our own game.  We need to play a bit better but this is a decent squad and we have enough to get through. One leg is down and now we go again.”

“All is not lost. We didn’t put on the kind of performance we aimed to and Dzeko’s goal hauled us back into it. That gives us a better chance for rematch. We have the strength and quality, but we have to show much more of it to get a ticket to France.”

According to Head-2-Head statistics, Republic of Ireland have won 50% of its matches against Bosnia and Herzegovina. The Irish definitely have the home-field advantage, although both teams are equally strong on paper. A scoreless draw will send Ireland through, but a scoring draw will see the tie go into extra-time. A 2-2 result or any draw with a higher score would send Bosnia to the finals in France next year courtesy of the away goals rule.

Republic of Ireland are likely to progress to the 2016 UEFA European championship, with 1-0 being the most probable scoreline.