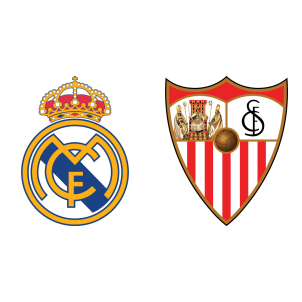 Zinedine Zidane’s side has really struggled on the domestic front and failed to take advantage of Barcelona’s two draws in their last two games, as Real Madrid also played out a goalless draw against Athletic Bilbao in their last game.

Sevilla have won three games on the trot, including a 2-0 win over Deportivo La Coruna in their previous outing.

Daniel Carvajal, Sergio Ramos and Casemiro are suspended while Raphael Varane and Luca Zidane are sidelined through injuries. Sevilla will be without the injured Daniel Carrico and Nico Pareja.

According to Real Madrid vs Sevilla H2H Stats, Real Madrid have won two, drawn two and lost one of their previous five matches against Sevilla.

Real Madrid have won 11 of their last 12 home matches against Sevilla in all competitions, and will start as favorites tomorrow but must be wary of complacency which has adversely affected the team this season.

It will be a closely contested match but a 3-2 win for Real Madrid is the most probable result.