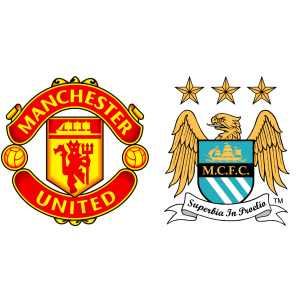 Manchester City sit atop the English Premier League standings with forty-three points and are in the form of their life, while Manchester United are the closest to the league leaders with thirty-five points after fifteen games.

Paul Pogba is suspended, in what will be a big miss for Jose Mourinho’s side. Phil Jones will face a late fitness test while Eric Bailly and Michael Carrick miss out due to injuries. Manchester City will be without the injured John Stones and Benjamin Mendy.

While Manchester City have won their last thirteen Premier League matches, Manchester United are undefeated in their last 24 home matches in the Premier League. The Manchester derby has always been a bitterly fought match and with Pep Guardiola and Jose Mourinho on either side of touchline, a mouthwatering clash is expected on Sunday.

It should be a closely contested affair with a 2-1 win for Manchester City being the most probable result.