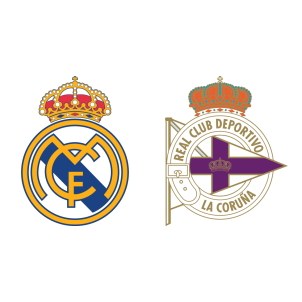 Real Madrid are fifth in the standings with thirty-two points and have not won any of their last three league matches, including two losses against Barcelona and Villarreal. Zinedine Zidane’s side are unlikely to retain their league title this season, and are facing an uphill battle to finish in the ‘top four’.

Deportivo La Coruna are eighteenth in the league standings with sixteen points after nineteen matches. Firmly entrenched in the relegation zone, Deportivo La Coruna have lost four of their previous six league games, including a 1-2 loss to Valencia last week.

Luca Zidane and Sergio Ramos are sidelined through injuries while the visitors will be without the ineligible Federico Valverde and the injured Fede Cartabia.

“We have to keep doing the things we’re doing well and improve on those areas where we’re not performing. We know that we’re at home and our plan is always the same: to play our game, create chances and get close to their box to score goals. We’ll be going all out in each of our games between now and the end of the season.”

Moreover, Real Madrid have scored at least 2 goals in their last 10 matches against Deportivo La Coruna in all competitions, so it should be a high-scoring affair.