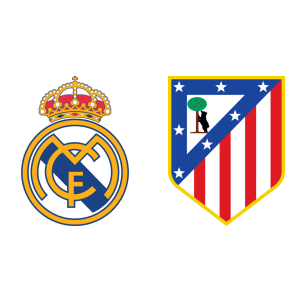 Real Madrid knocked out Bayern Munich in a controversial second leg of the quarter-finals while Atletico Madrid defeated a dogged Leicester City over both legs.

Juventus and AS Monaco will be playing each other tomorrow in the other semi-final. Real Madrid have always had the better of their city rivals whenever these two Madrid clubs have faced each other in the UEFA Champions League, in each of the last three seasons, twice in the finals.

Gareth Bale and Pepe are sidelined through injuries for Real Madrid while the visitors will be without the injured Juanfran, Augusto Fernandez, Miguel Angel Moya and Sime Vrsjalko.

“Atlético improve every year and always make it difficult for us. “We know the importance of this first game, we’re not thinking about the second leg. You have to try to do it right, from the first minute until the last.”

According to Real Madrid vs Atletico Madrid H2H Stats, the last five matches between these two clubs have resulted in three draws and one win for either side. There have been over 2.5 goals scored in Real Madrid’s last 10 games and five of Atletico’s last six games in the UEFA Champions League.

However, Real Madrid have seen under 2.5 goals in their last four home matches against Atletico in all competitions. It should be a closely contested affair with a 1-1 draw being the most likely result.