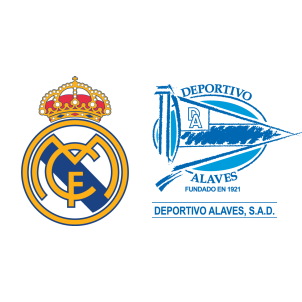 Real Madrid have a slender lead at the top of the La Liga standings – Zinedine Zidane’s men have sixty five points after twenty seven matches, two points ahead of Barcelona having played a game lesser than the Catalan club.

Alaves are tenth with forty points. Both clubs are in a similar vein of form – four wins, one draw and one loss in their last six games. Real Madrid won 2-1 against Athletic Bilbao ahead of the international break while Alaves pulled off a 1-0 upset victory against Real Sociedad.

Casemiro is suspended. The visitors will be without the injured Ruben Sobrino and the ineligible Marcos Llorente.

“Real Madrid is a serious, great club, and we’re only thinking about Alavés. We know we’re going into the final stages of the season and we’re ready to take on any challenge.

They’ve done great things this season and will be tough opposition. We’re ready, we’ve had good time to prepare for the game. The competition starts back up again tomorrow.”

According to Real Madrid vs Alaves H2H Stats, Real Madrid have won all of their previous five matches with Alaves. Real Madrid have scored at least two goals in their last ten home matches in the league and will be the favorites tomorrow. Although Alaves have taken off crucial points from Real Madrid’s rivals this season, Zinedine Zidane’s side are likely to win 3-1 tomorrow.