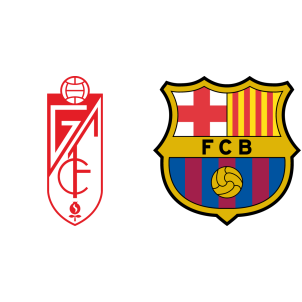 Granada vs Barcelona – Barcelona travel to Los Carmenes on 2nd April, Sunday to face Granada in a La Liga fixture as the domestic season enters its business end.

Barcelona are second in league standings with sixty three points, having played a game more than league leaders Real Madrid who are on sixty five points. Real Madrid have been the frontrunners in the title race but Barcelona’s 2-1 defeat to Deportivo La Coruna handed the Catalan club a major blow. Luis Enrique’s side, however, registered a 4-2 win against Valencia prior to the international break.

Granada are nineteenth in the La Liga and are likely to get relegated – they have four losses in their last six matches and just nineteen points with just ten games to go. Granada lost 3-1 to Sporting Gijon in their last game.

Mehdi Carcela-Gonzalez is sidelined through an injury while Adrian Ramos will face a late fitness test. Barcelona are without the suspended Lionel Messi and the injured Arda Turan and Aleix Vidal.

According to Granada vs Barcelona H2H Stats, the last five matches between these two clubs have all resulted in wins for Barcelona. In fact, Granada have won only one and lost rest of their eleven competitive matches against Barcelona.

There have been over 2.5 goals scored in Barcelona’s last eight La Liga games. Barcelona have also kept a clean sheet in five of their previous seven matches with Granada in all competitions.

Barcelona have an easily winnable fixture tonight and are likely to win 3-1 against Granada.