Real Madrid Are Struggling With Injuries

← What Lies Next For Jurgen Klopp?
Can Leicester City Continue Dream Run? → 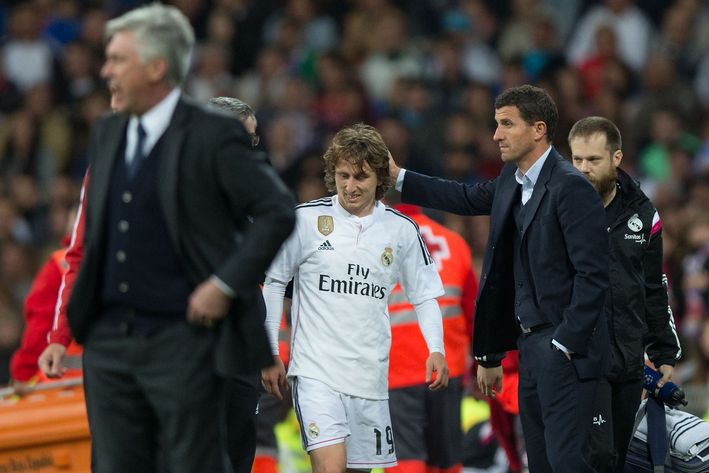 Real Madrid have been dealt a double punch after former Tottenham pair Luka Modric and Gareth Bale went off with injuries yesterday against Malaga. Carlo Ancelotti’s side has struggled with fitness problems all through the season, a problem which has contributed to Real’s sub-par performance in the La Liga.

Just when it looked like the Galacticos will have all its stars in a relatively clean bill of health, Gareth Bale picked up a calf muscle injury, two minutes into the first half. The Welshman was withdrawn shortly after, with Javier Hernandez replacing him. Things took an even worse turn for Ancelotti when Luka Modric sprained his knee. Immediately substituted, Madrid fans hoped the Croatian might possibly recover before the crucial midweek Champions League tie against Atletico.

Later tests and reports suggest the Croatian midfielder has suffered a ligamentous injury and could be out for several weeks. Gareth Bale’s tendency to succumb to recurring injuries will add to Ancelotti’s worries as well. The Welsh attacking midfielder returned against Atletico, only to not train on last Thursday after picking up a foot injury.

Ancelotti will also hope Karim Benzema returns to full match fitness before the second leg of the UEFA Champions League semi-finals on Tuesday. However, at this point of time, it looks the Real Madrid manager will have to resort to a different tactical system due to fitness issues. Madrid have often looked an unbalanced side when the replacements to the first-choice starters have had to fill in and one can only wait and see, if this plays into the hands of Atletico de Madrid.