AS Roma vs Napoli – Serie A – Preview 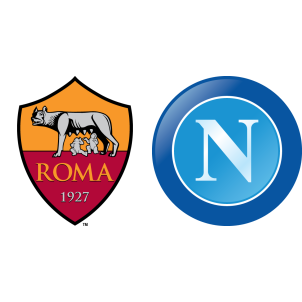 AS Roma vs Napoli – Napoli travel to Stadio Olimpico to face AS Roma in a crucial Serie A fixture on 4th March, Saturday.

Both clubs are coming off losses in the midweek – Napoli to Juventus and Roma to Lazio in the semi-finals of the Coppa Italia. AS Roma are second in the Serie A standings with fifty nine points while Napoli are third with fifty four points.

AS Roma secured a 3-1 win over Internazionale in their last league outing while Napoli lost 2-0 to Atalanta.

Alessandro Florenzi is AS Roma’s only injury concern while Napoli will be without the injured Allan and Lorenzo Tonelli.

“Tomorrow’s match is going to be tough – it’s a delicate one. We’ll need to be fully focused, put the effort in and show our quality. I’m sure the same goes for them. Our players have proved that they’re mature and tomorrow we’ll need to show every bit of the maturity we’ve built up since we started working together last season.”

According to AS Roma vs Napoli H2H Stats, the last five matches between these two clubs have resulted in three wins for AS Roma, one draw and one win for Napoli. In fact, Roma have won their last 5 home matches against Napoli in all competitions.

There have been over 2.5 goals scored in Napoli’s last eight away games in the Serie A. It should be a closely contested affair with goals being scored on both ends – a 2-1 win for AS Roma is the most probable result.