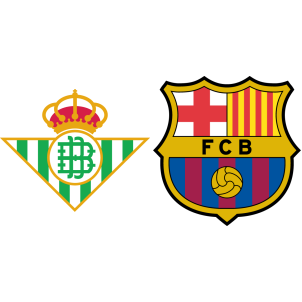 Real Betis are tenth in the league standings with twenty-seven points and have hit a streak of form after the winter break, with two consecutive wins in high-scoring matches against Sevilla and Leganes.

Barcelona sit atop the La Liga standings with fifty-one points, eight points ahead of the second-placed Atletico Madrid. Barcelona have won their last five games on the trot and are in tremendous form heading into the business end of the season.

Joel Campbell, Antonio Sanabria and Antonio Barragan are sidelined through injuries for Real Betis. The visitors will be without the injured Ousmane Dembele and Philippe Coutinho.

“The idea is to keep this winning dynamic going and to do as well as we did in the first half of the season. But Betis will not be an easy opponent to start against.”

There have been over 2.5 goals scored in Barcelona’s last four La Liga games, while Real Betis have conceded at least two goals in their previous three league games.

Barcelona are the clear favorites tonight and are expected to win 2-0 tonight.