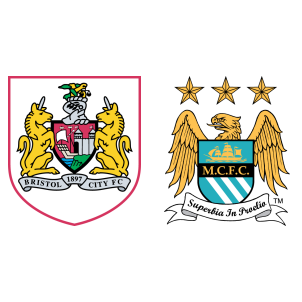 Bristol City have garnered the reputation of being giant killers in this season’s League Cup having already eliminated Watford, Stoke City, Crystal Palace and Manchester United in the earlier rounds, but their first defeat of the season came at the hands of Manchester City in a 1-2 loss in the first leg.

Manchester City are the favorites to clinch the League Cup, having already secured the Premiership, and has seen off West Bromwich Albion, Wolverhampton Wanderers and Leicester City in the earlier rounds.

“We have to score – we know that. We’re at home so we want to impose ourselves. We have to play with content and character. I know that we’ll have chances. We’ve got a good bench and I think it’ll be nice and attacking.”

An away goal at the Etihad has managed to keep Bristol City in the contest, but Manchester City’s injury-time winner has allowed Guardiola’s side to take a minuscule advantage into the second leg.

Manchester City are likely to win 1-0 tonight and are the favorites to progress to the finals of the League Cup.