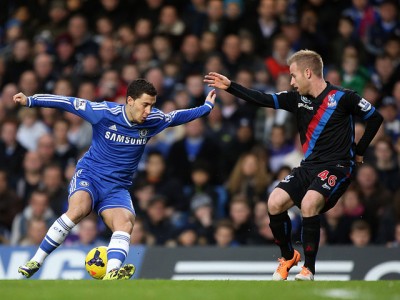 The Premier League champions Chelsea travel to Estadio do Dragao to face FC Porto on Matchday 2 of the 2015/16 UEFA Champions League. Chelsea have made a difficult start to their new domestic campaign, but Jose Mourinho’s side comfortably dispatched Maccabi Tel Aviv two weeks back. Porto, on the contrary, are unbeaten in the Primera League this season but played out a 2-2 draw at Dynamo Kyiv and will look to get past the line in the comforts of their home.

Yacine Brahimi has been listed as doubtful but could feature in the matchday squad, considering the fact that the attacker is crucial to Porto’s goalscoring chances. Giannelli Imbula, who missed Porto’s match against Dynamo Kyiv is expected to form a midfield three alongside Ruben Neves and Hector Herrera. The match also throws up an interesting sub-plot with Iker Casillas bound to start in goal for Porto. Casillas’ relationship with Jose Mourinho during the latter’s time at Real Madrid was edgy, to say the least, and the Spaniard will be eager to prove himself.

Chelsea will be without Thibaut Courtois but Asmir Begovic has done an excellent job up to this point, so it shouldn’t be a problem for the English side. Kenedy, who is carrying a muscle injury, could be rested. Diego Costa is likely to return to the starting eleven after missing the last two games due to domestic suspension. John Terry is also expected to start after missing out against Newcastle United.

Chelsea are undefeated in their last nine UEFA Champions League fixtures while Porto are undefeated in twelve of their previous thirteen Champions League matches. Although Chelsea have defeated Porto in the last three matches, it should be a closely contested affair as Chelsea have struggled to really get going against quality oppositions this season.

According to Head-2-Head statistics, Chelsea have won a staggering 67% of its encounters with Porto till date. Chelsea’s current form may be somewhat shaky, but the English side possesses enough quality to see off the Portuguese champions. Based on current form, a draw is the most likely result with 1-1 scoreline being the most probable one.