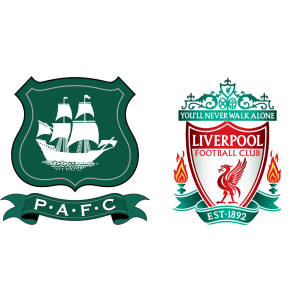 Plymouth vs Liverpool – Liverpool travel to Home Park to face Plymouth in the third round of the FA Cup after the initial tie ended in a 0-0 draw at Anfield.

ue Three club defeated Stevenage 4-2 in their own league match.

Jurgen Klopp had fielded the youngest Liverpool side during the draw at Anfield but is expected to rely on a few of his first-teamers today.

David Goodwillie, involved in a legal matter, has been ruled out of contention but Plymouth have a relatively healthy squad available with Connor Smith being the only injury concern. Liverpool will be without the injured Danny Ings, Cameron Brannagan, Lucas Leiva and Nathaniel Clyne. Joel Matip is still awaiting international clearance while Sadio Mane is away on international duty.

“We have, in general, a very young team. I said before the last game we had a lot of good reasons to line up like we did and it will be same case for Wednesday, we will have good reasons for the line-up.”

According to Plymouth vs Liverpool H2H Stats, the only previous game between these two sides resulted in a draw.

Liverpool are the favorites tonight and are expected to win 3-1.