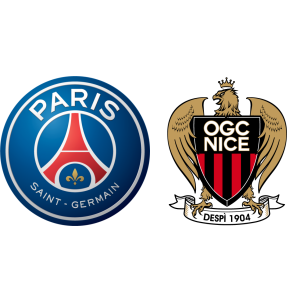 The Parisians are top of the table with twenty-six points but their form has been sketchy in the last few weeks, with only two wins in their last four games. Their 2-2 draw against Marseille in their previous match raised questions about Unai Emery’s side’s ability to kill games.

Nice, fourteenth in league standings with just ten points, are struggling spectacularly and have lost their last three games on the trot – to Marseille, Montpellier, and Strasbourg.

Neymar is suspended while Thiago Motta is injured for the hosts. Nice will be without the injured Wylan Cyprien, Mickael Le Bihan and Jean Michael Seri.

According to Paris Saint-Germain vs Nice H2H Stats, PSG have won three, drawn one and lost one of their previous five fixtures against Nice. In fact, PSG are undefeated in their last 8 home matches against Nice in all competitions.

PSG are undefeated in their last 28 home matches in Ligue 1 and will be the favorites tomorrow. Neymar’s suspension is unlikely to affect the result and a 2-0 win for the Parisians is the most likely result.