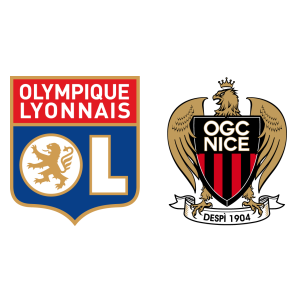 Olympique Lyon are third in the league standings with seventy-five points after their 3-2 loss to Strasbourg in their last game which has left them just one point above the fourth-placed Marseille. Anything but a win tonight could see them not qualify for next season’s UEFA Champions League as Marseille have a relatively easier fixture against Amiens.

Nice are placed sixth in the league standings with fifty-four points and are coming off an impressive 4-1 win over Caen in their last game.

Anthony Lopes is suspended while Mariano is injured. The visitors will be without the injured Christophe Jallet and Pierre Lees-Melou.

“We made mistakes, we must be more ruthless. A win will be enough [in the next game]. We want to finish this season well. It’s so sad to mess up this way.”

According to Olympique Lyon vs Nice H2H Stats, the last five matches between these two clubs have resulted in one win for Lyon, two wins for Nice and two draws.

Lyon have kept a clean sheet in each of their previous five home games in the league, winning all of those games. There have been over 2.5 goals scored in five of Lyon’s last six games in the Ligue 1.

It should be a closely contested affair with a 2-1 win for Olympique Lyon being the most probable result.