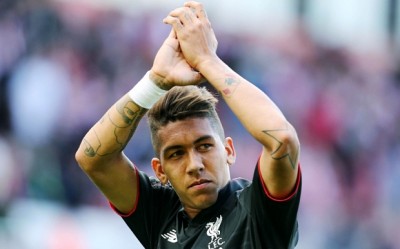 Norwich City, who are certain to be embroiled in an English Premier League relegation battle come end of the season, will host Liverpool at the Carrow Road on 23rd December, Saturday. Norwich sit on the sixteenth position in league table with twenty-three points, two points above the relegation zone.

Liverpool, who are winless in the league since the turn of the year, are on ninth position with thirty one points after twenty three matches. Jurgen Klopp’s side lost 1-0 to Manchester United at Anfield courtesy a Wayne Rooney strike. Norwich lost as well, conceding three goals at AFC Bournemouth.

“My first match potentially being against Liverpool is a nice coincidence, but just being involved is great in itself. It’s going to be a tough game because they have some great players, so we have to be ready for it.
At home especially we’ve looked strong, from what I’ve seen. I’ve always had to fight throughout my career, and the Club is fighting to stay in the league, so I’m relishing the opportunity.”

“I’ve always said the creating of chances is the mother of goals. We have to create chances then the more often we are in the situation, the more often we have to take the right decision. But the only way is to carry on and in this moment the boys have to make these decisions by themselves and it’s always better to shoot than not to shoot.”

According to Head-2-Head statistics, Norwich have not won any of their last six meetings with Liverpool, with the Kops winning five of those matches. Although Norwich are undefeated in their last five matches in the Premier League, Liverpool have won convincingly during their previous four trips to Carrow Road, scoring at least three goals in the last three games.

Liverpool will start as favorites tomorrow and are likely to win with 2-0 being the most probable scoreline.