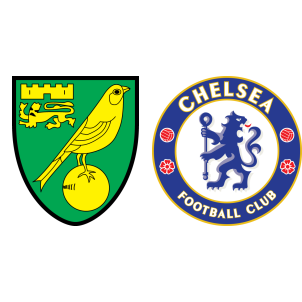 Norwich City vs Chelsea – Chelsea travel to Carrow Road on 6th January, Saturday to face Norwich City in the third round of the FA Cup.

Chelsea drew 2-2 against Arsenal in the Premier League in the midweek, dropping down to the third place in league standings but the FA Cup should be a straight-forward fixture for the Blues.

The Canaries have struggled in the Championship this season but have salvaged their form in the last few weeks.

Louis Thompson, Steven Naismith and Matthew Jarvis are injured for the home side. Eden Hazard will miss out due to a knock, but David Luiz might return to the matchday squad. Chelsea signed Ross Barkley but he is unlikely to feature tonight.

“It’s one of the toughest draws you can get, against the reigning champions of the Premier League.

We know it’s an unbelievable task. Normally in 10 games Chelsea will win eight times and it’s perhaps one time a draw – but that means there’s one special day where you are able to create something special and we’re looking forward to doing this.”

According to Norwich City vs Chelsea H2H Stats, Chelsea have won four and drawn one of their previous five matches against Norwich City. In fact, Chelsea are unbeaten in their last eleven encounters with Norwich City in all competitions.

Norwich have failed to win any of their last seven FA Cup matches. Chelsea should win comfortably tonight with a 2-0 scoreline being the most probable outcome.